Jordan is full of beautiful natural features and the historical heritage present within it. The sunny country includes several archaeological sites of special importance and unique beauty in the world: The city of Petra or as it is also known as the Rose City, and the city of Jerash with its beautiful Roman columns; the Roman amphitheatre in Amman, in addition to several other cities that contain castles and palaces.

In Jordan, the climate is usually subtropical arid, with quite cold winters due to the altitude, and sunny summers, which are hot but partly tempered by the altitude as well. In fact, most of Jordan is occupied by a plateau, which has an altitude between 700 and 1,200 meters (2,300 and 3,900 feet). The plateau is interrupted only in the west by the narrow valley of the Jordan River, which goes even below sea level and has higher temperatures, with mild winters and very hot summers. In the south, there are also mountains, culminating in Jabal Umm Dami, 1,854 meters (6,083 feet) high.

The ancient city of Petra is one of Jordan's national treasures and by far its best- known tourist attraction. Admired then for its refined culture, massive architecture and ingenious complex of dams and water channels, Petra is now a UNESCO World Heritage Site that enchants visitors from all corners of the globe. Much of Petra's appeal comes from its spectacular setting deep inside a narrow desert gorge.

Jordan’s Dead Sea coast is one of the most spectacular natural and spiritual landscapes in the world, and it remains as enticing to international visitors today as it was to kings, emperors, traders, and prophets in antiquity. The main attraction of the Dead Sea is of course the soothing, abnormally salty water itself. The salt content of the water makes the water so buoyant that it is impossible for the visitor to sink.

“The Valley of the Moon”, depicted as Mars in several Hollywood feature films Wadi Rum is an Arabian fairy-tale waiting to be discovered. Home to nomadic Bedouin tribes, Wadi Rum is a quiet getaway of stars, sand, and sun, a perfect complement from Amman’s epicentre. The calmness of the desert is sure calm your spirit and de-clutter your thoughts. Wadi Rum is waiting for you. 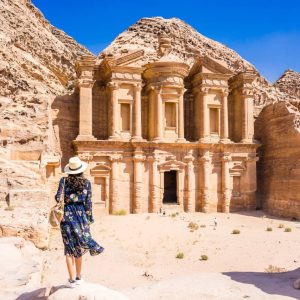 Our Insider Experience Enjoy the spectacular adventure trails of Jordan Enjoy the second wonder of the world; Petra, The Red Rose City Visit the little Petra which is a miniature of Petra main site Explore the moon-like desert of Wadi… 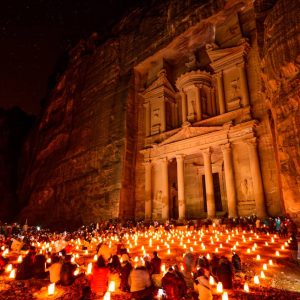 Enjoy the second wonder of the world, Petra. Explore the Moon-like desert of Wadi Rum and the unique Dead Sea. Pass by Mt. Nebo, the City of Mosaic. The city of Jerash, one of the most well preserved Roman cities… 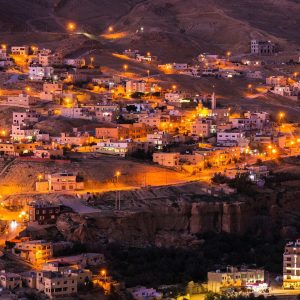 Enjoy the second wonder of the world; Petra, The Red Rose City. Explore the moon-like desert of Wadi Rum. Pass by Mt. Nebo; popularly believed as the burial places of Moses. Visit Jerash, one of the most well preserved Roman…

The capital of Jordan and a city which geographically straddles seven hills and historically sits astride many centuries. The city’s modern buildings blend with the remnants of ancient civilizations.

Stunning in its natural beauty, Wadi Rum epitomizes the romance of the desert. With its “moonscape” of ancient valleys and towering sandstone mountains rising out of the sand, Wadi Rum is also home to several Bedouin tribes who live in scattered camps throughout the area.

Hidden behind an almost impenetrable barrier of rugged mountains, the rock-carved city of Petra is full of mysterious charm and the second wonder of the new world.

The most spectacular Roman ruins out of Rome. The city’s many splendid monumental remains, still retain the atmosphere of the once thriving metropolis, famous in its own time for magnificent temples, amphitheaters, and plazas.

The most spectacular site, Dead Sea which is at 400 meters below sea level is the lowest body of water on earth. Surrounded by arid hills, as devoid of life as the sea itself.

The small Red Sea port of Aqaba is unique and beautiful in a very special way. Encircled by rugged purple mountains that subtly change in mood and color as the day unfolds. On the beaches visitors soak up the sun before cooling off in the refreshingly cool waters.